Join Date: May 2018
Location: ITALY
Posts: 116
Mentioned: 0 Post(s)
Tagged: 0 Thread(s)
Quoted: 27 Post(s)
Garage
temperature controller
Hello,
I decided to remove the temperature controller,
in such a way, the liquid always circulates maximum flow,
in the radiator, without obstacle.
someone else did this?
Effects?
The reason I do this, in the off-road, in low speeds, the temperature seems to turn up a lot, fan, often, on ..
/CUDA is offline
Quote Quick Reply
post #2 of 8 Old 08-22-2018, 10:57 AM
mumbauer
Senior Member

Join Date: Jan 2011
Location: Columbus, Oh
Posts: 5,762
Mentioned: 1 Post(s)
Tagged: 0 Thread(s)
Quoted: 258 Post(s)
Garage
If your talking about removing the thermostat, you will be most likely sorry. The thermostat is needed to slow the coolant flow down, when it travels through the radiator. If removed the coolant will flow through to fast, not giving proper time to cool in the radiator. You would be better off trying a lower temp thermostat, instead of removing it all together.

Join Date: May 2018
Location: ITALY
Posts: 116
Mentioned: 0 Post(s)
Tagged: 0 Thread(s)
Quoted: 27 Post(s)
Garage
Quote:
Hello,
yes, the thermostat, I meant.
This is a point of view,
I had not thought,
give right speed to water to cool in the radiator, thanks.
A thermostat, with lower temperature would be ideal,
but I do not find much information on these components,
their temperature and compatibility.
I had a 125 Cagiva mito evo,
bought used,
and I remember, mechanic, he said,
thermostat had been eliminated,
the effect, the temperature was always good - low,
but when I drove, in low revs, downhill,
temperature dropped about 15 degrees.
Here in Italy, many make this change,
on all types of motorcycles,
and many say about 5 degrees, less,
but it could also be counterproductive as you say,
however, a test I will do,
today.
/CUDA is offline
Quote Quick Reply
post #6 of 8 Old 08-23-2018, 10:14 PM
M_Quick

Join Date: Jan 2011
Location: Columbus, Oh
Posts: 5,762
Mentioned: 1 Post(s)
Tagged: 0 Thread(s)
Quoted: 258 Post(s)
Garage
Be sure to let us know how the test ride goes. I recently purchased a over sized radiator, supposed to have to relocate the key switch for it to fit. I won't try to install till winter or if I get a coolant leak first.

Join Date: May 2018
Location: ITALY
Posts: 116
Mentioned: 0 Post(s)
Tagged: 0 Thread(s)
Quoted: 27 Post(s)
Garage
Quote:
Of course,
my mechanic will be available Monday,
so this weekend I will take care of taking temperature parameters,
water, radiator,
before activation fan,
and normal work,
in this way I can make a comparison, without the thermostat,
What happen.
A large radiator would be good
but a test, in summer, even better,
however, it is in any case an improvement, no doubt.
We update
Last edited by /CUDA; 08-24-2018 at 03:12 AM.
/CUDA is offline
Quote Quick Reply
post #8 of 8 Old 08-25-2018, 07:54 AM Thread Starter
/CUDA
Senior Member

Join Date: May 2018
Location: ITALY
Posts: 116
Mentioned: 0 Post(s)
Tagged: 0 Thread(s)
Quoted: 27 Post(s)
Garage
Quote:
Hello
here are some results,
my probe was tested first of all,
100 degrees, in water boiling,
to see any differences, in value indicated by the probe.
The probe, is immediate, has no latency time, when temperature change,
but it is instantaneous.
The fan starts activating around 80 degrees to the tester if you are standing still,
while driving,
the speech is different,
if traveling at least from second / third gear, even at 85, the fan does not activate
if you stop, for a few seconds,
even if temperature does not increase,
the fan is activated.
So, fan activate not if temperature increases,
but more than anything else, if you're stationed
or with first gear,
evidently, the ECU of this quad, considers speed,
if there is no wind to cool radiator,
the fan, activate.
Below, 80 degrees,
the fan does not start,
even if you're stationary.
In my test, the maximum temperature reached is 86 degrees.
Another factor, of importance,
if water is 85 degrees, the engine is at least 7-8 degrees more,
in fact, by switching off the engine,
the value of water, where I placed probe, has increased 8 degrees.
In my test, I tried to drive with first gear, to increase temperature as much as possible,
the problem, here it started to lower temperature,
today and yesterday, we are 24 degrees, only,
I imagine, up to a month ago, results would have been different.


Finally,
contrary to when I thought,
this engine does not get right away,
at a good temperature, to start accelerating hard,
it takes about 10 minutes,
driving, moderate,
to get 75 degrees
better not to accelerate too much, first,
a temperature meter,
it would be good to have.

Considering these results,
for the moment, going towards autumn,
and winter,
I will leave installed, thermostat.
A couple of photos: 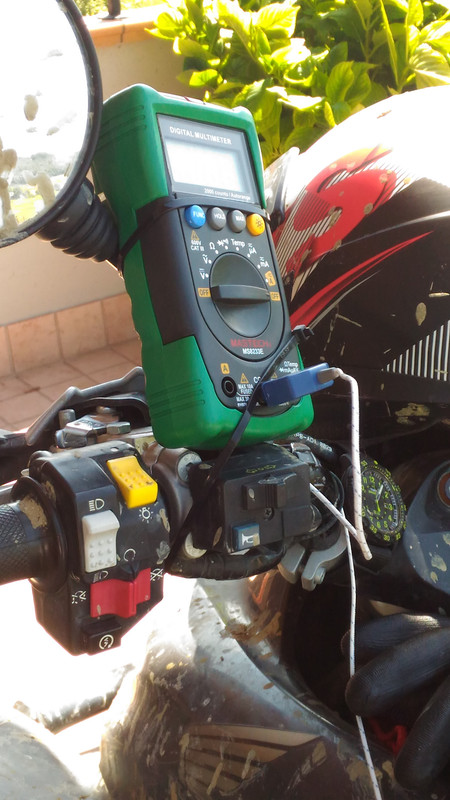 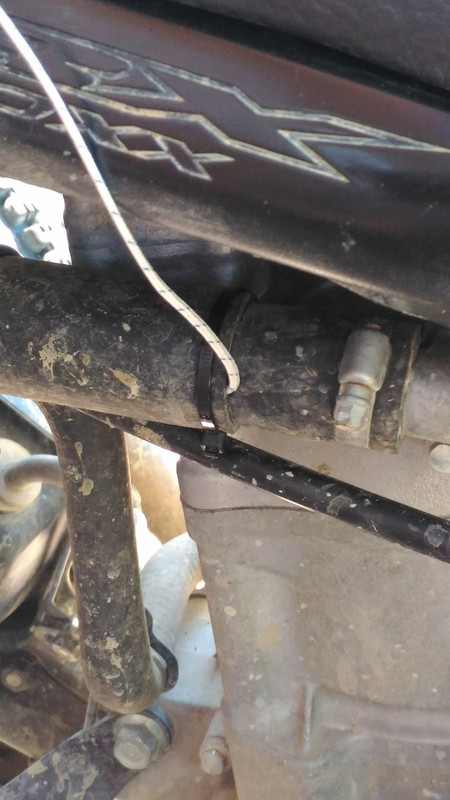